Went on a service call in Parker, Arizona for a Whirlpool washer, model number WTW8500DC0, that wasn’t filling fast enough, very slow fill and it would time out per the control board. The error code was F8E1 LONG FILL.
I checked the customers water pressure to the washer on both hot and cold and it was good water pressure. Then I checked the water inlet valve screens and they were not clogged.
I ordered a new water inlet valve and went back to the customers house to install it, and it worked great, much faster water fill and no more error code F8E1.

Western Arizona Forecast
Tonight:
Cloudy. A slight chance of showers in the evening, then a chance of showers after midnight. Not as cool. Lows 42 to 52. Southeast wind 5 to 10 mph. Chance of measurable rain 50 percent. Rainfall less than a tenth of an inch.
Thursday:
Showers. Locally heavy rain possible in the afternoon. Cooler. Highs 56 to 61. Southeast wind 10 to 15 mph. Chance of rain 90 percent. Rainfall up to three quarters of an inch possible. The washer was just making a clicking noise as the lid switch was trying to lock but it was broken and couldn’t lock.

“How To” video included in part link.

The washer was not draining all the water properly, removed drain pump and noticed the impeller was not turning properly, the hoses to and from the drain pump were clear.

“How To” video included in part link.

I went out on a service call and got the error code F5 E3 which is DOOR UNLOCK ERROR. The door latch lock with lock then unlock about 3 times then display F5 E3.

I replaced the door latch lock switch assembly and its fixed.

Bouse, AZ Forecast:
Tonight
Partly cloudy, with a low around 52. East wind around 5 mph.
Thursday
Mostly sunny, with a high near 85. East southeast wind 5 to 10 mph becoming southwest in the afternoon. 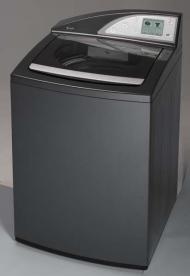 An electrical component in the washers can overheat.
Source: GE Appliances Recalls Top-Loading Clothes Washers Due to Fire Hazard

The recall involves three models of GE Profile high-efficiency top-loading clothes washers. The washers come in gold, gray and white and measure about four cubic feet. “GE Profile” is printed on the front of the washers. The model number is located on the rear cover of the washer’s backsplash, above the water valve connections. Recalled washers have the following model and serial number ranges: