I came home the other day with the SY EF error code. I unplugged it for 5 minutes and when I plugged it back in the error code was gone and the evap fan was running. 2 days later I have the code again. I assumed it was a bad fan but I pulled it and put 12V on the red and yellow, ground on the brown and it was running just fine and drawing an appropriate 200mA.

I then measured the voltage on the main board and also at the connector that plugs in to the fan and I get around 12V on the red and near 12V on the yellow. So with the board providing voltage and the fan working, I was confused. Then I decided to get my scope out and look at the blue speed indicator wire while I hooked 12V to the fan and it is 0V with no activity at all. What does the main board do if it gets no tach signal? Does it assume the fan is iced up and shuts off power to it (and therefore I need to replace the fan), or is this an issue with the main board not being able to supply the current to the fan?
L

I hooked the fan back up to the plug in the refrigerator and started test 15. When I set the fan to LO or HI in the test, I can get the fan to run if I spin it by hand. At that point the tach/speed/blue wire signal does seem to change. When it is OFF sometimes the voltage is 0V on this line and sometimes it is 5V. When I set it to LO or HI and the fan isn't turning, I get around 5V and when I spin the fan and get it running it is around 2.5V in LO and HI.

When conducting the test I see the speed control voltage on the yellow wire start off at 1.2V. When I turn the evap fan to LO that voltage starts to rise and the motor starts to move slightly, then the speed control voltage on the yellow wire goes back down to 1.2V. I am thinking it could be that the fan is taking longer than usual to get started and the control board thinks it is iced up or something so it stops trying to get the fan to run.
Last edited: Mar 30, 2022
L

I called the local supply stores and they didn't have the Frigidaire Evap Fan in stock but had one of the aftermarket cheaper ones. I decided to give that a shot. I hooked it up and its behavior is different.

Original Evap Fan: Sometimes will start, but mostly won't start until I turn on the evap fan in the test and then give the fan a spin with my hand

Is this a sign that my main control board is bad? Or is there some other sensor connected to my control board that is telling it to shut down the fan? The odd thing is that with the old fan it would run just fine once started by giving it a spin by hand. Thanks.

Use a multimeter to check the voltage at the evaporator fan motor electrical connector and see if your getting a CONSTANT 12 Volts DC.

To volt test it: Check for 12 Volts DC to the fan between red and brown wires. If it checks ok WITH a CONSTANT 12 Volts DC and the fan motor is SPINNING UP for a second at a time, then replace the Evaporator fan motor.

Here's the OEM evaporator fan motor for your model and is IN-STOCK here:
241509402 Motor 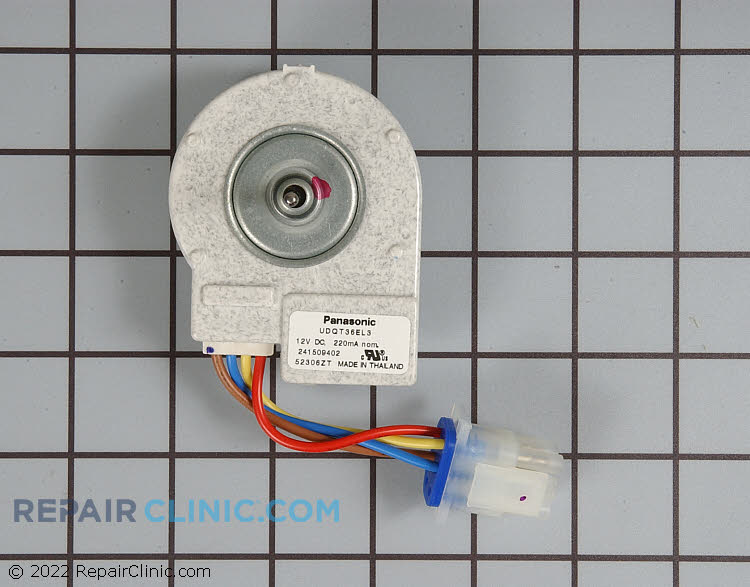 I was getting constant 12V on the red wire and the yellow wire would start to rise then stop. When I put 12V on the motor with a power supply it worked fine.

I then got a locally supplied new after market fan and it ran fine on the power supply as well, but was doing the start/stop thing.

I then thought it was the control board at that point and that didn't help. I then got a new OEM fan (which is what I wanted but it wasn't available at the local supplier) and it has worked perfectly ever since.

lemmy999 said:
I then got a new OEM fan (which is what I wanted but it wasn't available at the local supplier) and it has worked perfectly ever since.
Click to expand...

Excellent, glad to hear that.

Sep 30, 2022
iandelcaribe
I
A
FIXED Frigidaire FFTR2021TW5 Cooling shutting down?