Hello , i have a whirlpool duet model GEW9200LW0
that stopped heating. I've checked the thermostats, thermal fuse, thermistor (10.7 at room temp), and the heating element and they all check out. Controll board maybe....i haven't gotten any codes on the screen except for pf once after i flipped the breaker after putting it back together

The first test I always do is a voltage test at the terminal block in the back of the dryer where the power cord connects to.

Electric Dryers(Not Gas) have a dual breaker to them from your home circuit breaker box, If one side is tripped, then you just found the problem.

Did you do a voltage test on the power coming in? I've seen many times 1 of the 2 dual breakers trip which causes the motor to run on 120 volts but not the heating element because you need 240 volts for the heating element to come on. I'd check that next with a multimeter.

Pull the dryer out from the wall first, then unplug it, then remove the access panel where your power cord connects to the dryer terminal block.

Yes i check the voltage and o have 245 going to the dryer.

Ok, did you ohm test all those parts you mentioned in your first post?

If so, the control board is bad, that's the only part left that controls the heating element.

Unplug your dryer, then remove the two screws behind the top panel and remove the top. The control board is on the left side near the top. Remove it from the bracket and look on the back side. You'll probably see a burn mark on it near the heater relay.

Here's the control board for your model:
Main Control Board WP8546219

Thanks Jake. The only part i ohm tested was the thermistor(10.7) which is the range for this model. The others i just did a continuity test on. Should i ohm test the other parts?

Did you turn the control board over and look for a burnt spot?

Make sure you unplug your dryer first before ohm testing and check for a burnt spot on your control board.

Taking it apart to look at the control board now. Do you know what the ohms should be for the components you mentioned.

If the dryer is running and not heating, then your thermal fuse is good, so don't ohm test that one.

Click the links below to these parts and you will see a video on how to access them and ohm test them.

Here's the thermal cut-off for your model:
Thermal Cut Out Fuse Kit 279973 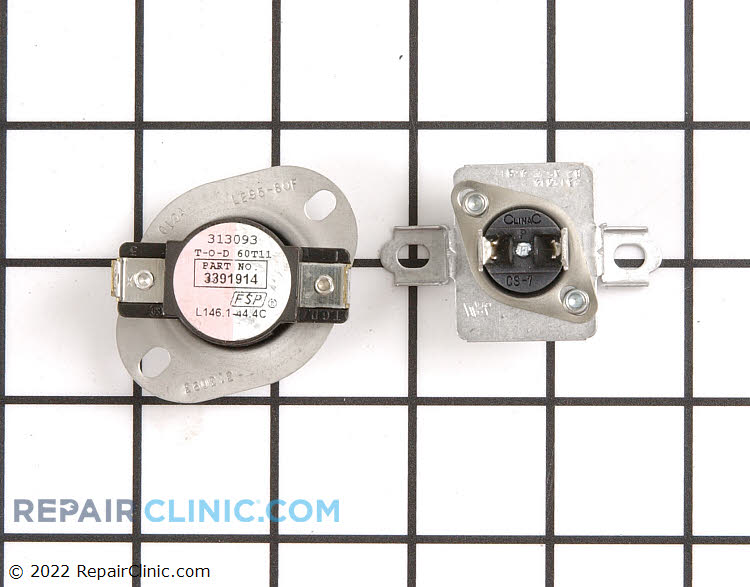