Our dishwasher is a little more than 3 years old. We are not heavy users, just two of us and we always rinse food off the plates before loading it in the dishwasher.
Initially, it started with some water left over at the bottom of the dishwasher after the normal wash cycle every time. We just pressed the drain button and it would worked. We never thought anything of it.
After some months, the drain button trick was only working sometimes. We would have to open the door and shut it, a couple of times pressing the drain button each time, before we could hear the drain pump run.
Now, even it stopped working. Thinking if it was something stuck on the pump, I removed the drain pump, checked for any blockage. Everthing seems fine. Blow through the drain hose (its connected to the sink drain line and not the garbage disposal), and it looks like its not blocked either. Reassembled everything and it worked for a couple of times. And the drain pump stopped running again.
Till now, I didnt realize there was a diagnostic mode. Found it in this site and ran it. The codes are F6 E4 and F8 E2. Figured it could be drain pump and float switch. Yesterday, I removed the drain pump again and float switch covers and reconnected it. I can hear the relay click when I move the plastic float inside the dishwasher, and after reconnecting the drain pump, it started draining again.
Today, its not draining and the open/shut door did the trick to get the pump running again. Still getting the same errors.

I am not sure what could be wrong, because the problem is intermittent and progressively gotten worst.

The drain pump part number in the dishwasher is W10758882. Is this the correct part? or is there a newer part number that is improved?

Any help is appreciated.
Thanks 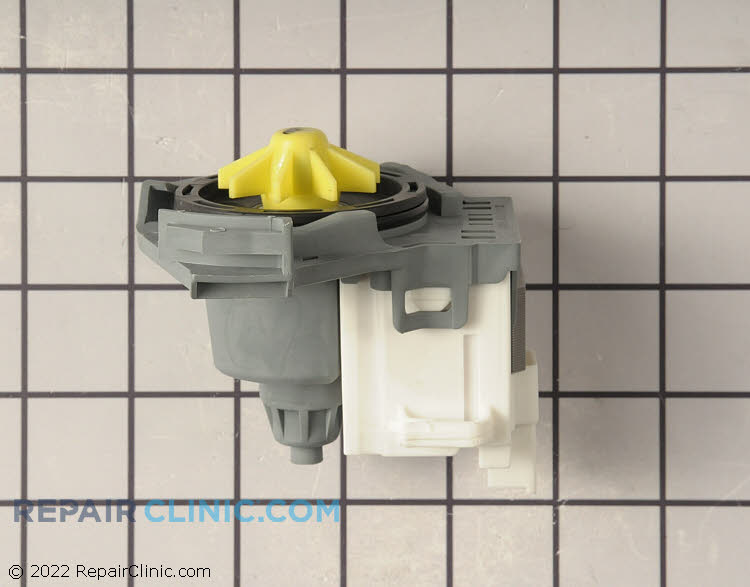 ^Thanks.
I will order the drain pump in any case. I will try and see if I can reach the terminals that drain pump connects to the dishwasher without removing the whole unit out of the cabinet and check for 120 volts.

About the F6 E4 code, would you suggest replacing the relay too? I hear the relay click when I pull the float piece out, so I am guessing its just not sitting in place because of the water not draining? May be

trj said:
About the F6 E4 code, would you suggest replacing the relay too?
Click to expand...

No, just the drain pump.