I had ice building up behind the refrigerator drawer (middle drawer) and the ice make stopped working so I replaced the defrost thermostat and evaporator fan motor which was part number W11032800. So far I don't see any ice buildup behind the drawer but the ice machine still doesn't work.

I ran service test 56 and it showed error code E2. I then tried 59 and ended up with 02 and then 57 which came up with 20. When I ran test 36 it was hard to tell if the fan was kicking on but when I checked the temperature in the ice bin it was around 15 degrees.

I also noticed that when I press on the ice dispenser pad I hear a humming sound instead of hearing the motor and auger turning. What would cause these symptoms? Thanks, Brent

The ice maker ALWAYS needs to be 10 degrees F or lower at all times to make ice.

It sounds like the ice box fan is not working properly. You will need to get access to it and see.

Here's the ice box fan for your model(Video to get access/replace it is in the part link):
Fan Motor W10846539 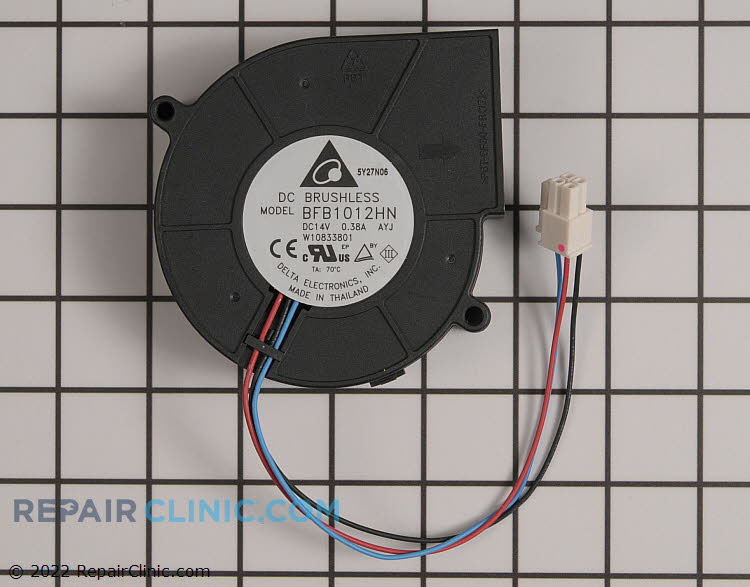 P
WRF736SDAM14 Whirlpool Refrigerator - No water for ice maker on Test 45, but sounds like it's filling...

D
Replaced ice maker in WRF736SDAM13 Whirlpool Gold Series Side by Side. How do I restart the computer?