Ice forms around the outside of the removable ice bin, like 4 inches deep. Cant remove it unless I blow dry it out of there. Ice still works. Inside the ice bin is clear besides the regular ice cubes. A little water comes out with ice sometimes. Service test 56 Ice maker error codes shows E2 Motor lost position. Is water pouring over the ice maker edge or is the valve leaking by or is it a failed ice maker or what???

When this was first starting, I would see some ice and pull the bin out, Ice cubes would sometimes be under the bin. How does that even happen? Bin was secured down, door was shut. Now its worse though and the ice buildup is heavy. I think water comes out with ice, the ice falls into the bin, the water runs down the door and collects under the bin and freezes. Thats what I think anyway. What do I do?

Darthreloy said:
Is water pouring over the ice maker edge or is the valve leaking by or is it a failed ice maker
Click to expand...

Its the ice maker itself causing this leak problem and E2 error code.

This is the updated ice maker for your model: Icemaker W11577195

That should fix it.

Thank you. I just made the order and will let you know how it goes. Is there a 1000ish dollar dishwasher you would recommend?

Yes, let us know how it goes.


Darthreloy said:
Is there a 1000ish dollar dishwasher you would recommend?
Click to expand...

Maytag is a very reliable dishwasher.

I installed the new Ice Maker yesterday evening. Ran the motor position test and it was good. So I turned everything back to on and by this morning, barely 10 cubes have been made. Smaller cubes as well. What is that about? I also found 4 little 1/4 inch pieces in the shoot stuck on the edge. I flicked them off. Do I need to be on some rapid ice thing or something?
D

So, on this new ice maker your not getting E2 Motor lost position?

Check to see if the ice maker fill tube is froze up. If so, it sounds like its possibly that water inlet valve, leaking a tiny amount of water into the ice maker fill tube, thus freezing it up. Its located inside the top of your refrigerator section, there is a video in that part link that shows you how to access it. 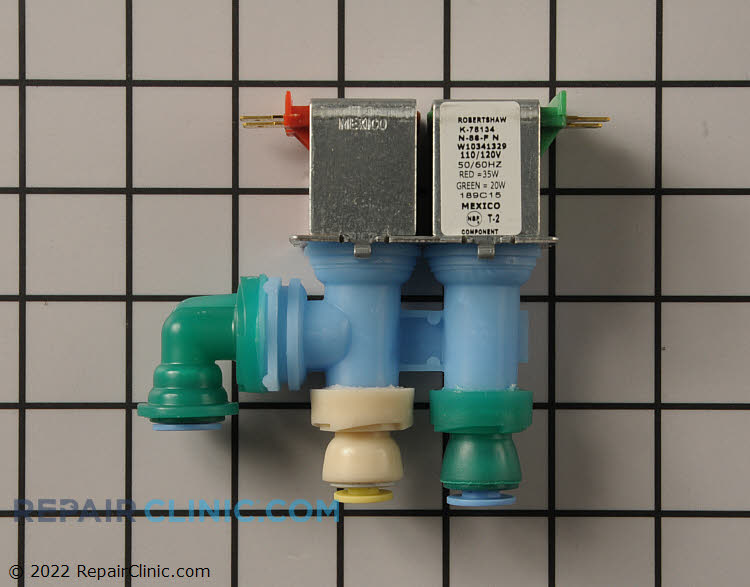 I took it apart and blew out the water tube and a tiny bit of ice came out. then it started making ice again. Problem now is that it makes ice so ridiculously slow. I mean like only a half a bin a day or less.
D

Okay Jake i will check the valve.

Yes, it seems like you had two problems, the ice maker E2 error issue, and the water inlet valve. You have good water pressure coming out from the water dispenser?

Jake, I have to admit I was a bit burned out and didnt want to touch it again. I have already pulled it apart a couple more times and just blaaa. Anyway, two weeks of not working and the wife went over and pressed the "fast ice" button and it started working. Now it makes ice with the new Ice Maker part you recommended. I dont know why that worked but who am i to question it. Thanks for all your advice, you were a big help and the repair cost was very small because of you so I am grateful.

Hopefully it will continue working for a long time to come.